Ozone as the Sole Treatment for Bacterial Infection 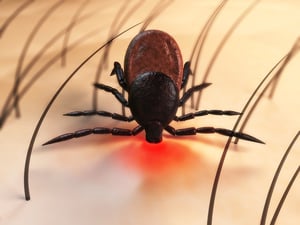 The antibiotic resistance war is a crisis that will impact every physician and patient worldwide. Thousands of deaths occur yearly in the USA alone due to failing antibiotics.  Ozone therapy has been in medical use since World War 1 and researchers over the years have found it to have a myriad of effects including modulating the immune system, enhancing circulation destroying microorganisms including bacteria, fungi and viruses and enhancing oxygen delivery and consumption by the body.

A report published in Medical Gas Research presents us with a background in the science of ozone and a case study on the effects of ozone therapy for acute bacterial infection, tick bite cellulitis which was fully resolved in less than a couple of days. “Liu et al. reported the rapid emerging of resistance in humans and animals to the last class of antibiotics. In the USA alone there were 46 deaths per 100,000 population.” (Rowen, 2018)

With the emergence of super bugs, the efficacy of antibiotics is being challenged and the need for new treatment methods is rising rapidly. This crisis is also attributed to the antibiotic overuse.   Ozone therapy could be the alternative medical route needed to fight the war against antibiotic resistance.

Medical ozone is made by passing medical grade oxygen through the discharge creating a gas mixture of 1-5% ozone and 95-99% oxygen.

“Germans doctors in the trenches used ozone to disinfect wounds during World War I. German doctors expanded the world of ozone by introducing ozone treat blood, either by direct gas administration or removing 50-200 mL blood, ozonating it, and returning it.” (Rowen, 2018)

Ozone therapy is also extremely safe when administered properly, with a complication rate of only 0.7% per 100,000 treatments and virtually all of those were due to improper administration.

The most accepted form of ozone administration is Major Auto Hemotherapy or “MAH” which is the process of removing a small amount of blood, heparinating it, adding the ozone then returning it.

“Bacterial infections have recently been noted to take on an ominous dimension – biofilms, virtually impossible to conventionally treat.” (Rowen, 2018)

Ozone gas is known to cut through and destroy biofilms, suggesting ozone is useful where antibiotics fail.

The case report discusses a 56 year old male patient with an acute right thigh cellulitis from a tick bite occurring 1-2 days prior.

"At presentation he was afebrile, but with a rapidly spreading rash on his upper leg (Figure 1). The patient was a long-term patient of our clinic. He had received ozone from us 3 years before for Lyme disease (without antibiotics), and fully recovered. He was offered antibiotics to take immediately for medical-legal reasons, but refused due to his past success with ozone therapy. He did depart with a written prescription upon my demand. He received ozone therapy by the hyperbaric method described above, receiving 144,000 μg over one hour at an average pressure of 1.9 ATA. He returned the following photograph two days later reporting that he made good on his decision not to take antibiotics. The rash began disappearing." (Rowen, 2018)

With the antibiotic fast cure option coming to an end, medicine may finally begin to turn its head to ozone therapy to save lives. As a stand alone treatment ozone therapy is shown in this study to quickly and effectively resolve a rapidly advancing case of tick bite cellulitis.

If you know you have a tick - remove it safely and save the tick. You can send it off for analysis to a lab in PA/NYS/CT to check for Lyme and other co-infections. This may save time and money to know what the tick is carrying. I recommend that you call us for an ozone injections directly into the tick bite site to help stop the spread of infection while you are waiting for results. They will not offer this at the hospital.

No matter what your pathogen is named we are the first and only I.V. ozone therapy clinic in Rockland County.  I.V. Ozone is safe and effective at eliminating viruses, bacterium and fungal infections.  If you've tried everything else it's time to try Ozone. All treatments are MD/FNP ordered and administered in NYS.

Do you think you have Lyme?