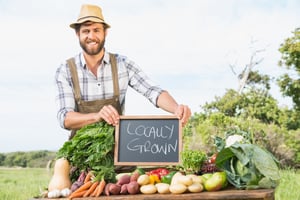 Do pesticides cause depression and and increase the risk of suicide?  Why are non-organic farmers 3.6 times more likely to commit suicide than other professions? Is it because farming is stressful with several uncontrollable factors?  Or is it chemicals that change brain chemistry?

When I first wrote on this topic, in 2016, CDC research linked long-term use of pesticides to depression and suicide. Fast forward to 2018.

From the National Farmers Union:

The 2016 CDC study was retracted in June because of coding errors for certain occupational groups. Earlier this month, it was replaced with new information that, at first glance, seems to dispute the claim that farmers and ranchers have an unusually high suicide rate. In fact, the “Farming, Fishing and Forestry” (or “Triple-F”) ranked only eighth and ninth among major occupational groups, with a suicide rate on par with the overall average. However, a closer look reveals that the suicide rate for male “Farmers, Ranchers, and Other Agricultural Managers” (a subgroup of the “Management” major group) was double that of the general population in 2012.

Pesticides do alter brain chemistry. French farmers who used herbicides were twice as likely to be treated for depression.  Workers in Brazil that used pesticides were more likely to commit suicide.  In the rural province of Zhejiang in China, people who stored pesticides in their homes doubled their risk of having suicidal thoughts.

Which pesticides are linked to depression?

The three darlings in the industry - Monsanto, Syngenta and Bayer CropScience publicly said that they do not manufacture the seven deadly pesticides linked to depression.

Neonocotinoids, responsible for the genocide of bees, have not studied with humans, but one fourth generation farmer in Iowa was working with them when he committed suicide.